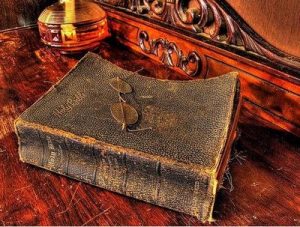 The Charter Oak Lighthouse was founded on June 17, 1935 by evangelist Wilbur W. Alvis as the Valley Mission in Highland Park, CA. The church was originally located at the intersection of Avenue 64 and Roble. Eventually the church took on the name of The Apostolic Church as Pastor Alvis’ goal was to build a church that provided an authentic expression of first-century apostolic Christianity. Under Pastor Alvis’ direction the church became known for its loving atmosphere and its willingness to embrace anyone who walked through its doors. Throughout the years the church has ministered to a myriad of homeless and needy people as well as others from all walks of life. By focusing on God’s Word and the leading of the Holy Spirit the church has been instrumental in affecting a radical change in the lives of many people. Pastor Wilbur’s enduring legacy has been to infuse the fellowship with the love of God and an appreciation for the value of every human being.

In 1989 the church moved into a new facility located at 4337 N. Sunflower Avenue in Covina, CA. The new church was the product of a merger between the Riverside and Highland Park fellowships. Founded in the 1950’s by Pastor Robert Kendall, the Riverside fellowship always had close ties to the Highland Park church. In the 1980’s both fellowships began to move closer together and it was decided that the two fellowships should be joined. Under the direction of Pastor Phillip Rather, land was purchased in the city of Covina and plans for the new facility were drawn up. Covina was selected for the site because it was strategically located between Riverside and Los Angeles.

The new fellowship eventually took the name of Charter Oak Lighthouse because of its location in the Charter Oak district of the city of Covina and a desire to be a beacon of God’s truth to the community. The merged church was led for twenty years by Senior Pastor Phillip G. Rather. Pastor Phil’s ministry focused on presenting biblical truth as well as extending God’s love to all people. Pastor Phil became known for his integrity, his love of humor, and his willingness to candidly share his life with others.

In February of 2009 Charter Oak Lighthouse merged with The Master’s House, a congregation from the city of La Verne. Pastor Laurence M. Blanchard, Ph.D. became the Senior Pastor of the newly joined churches. Pastor Larry is firmly committed to continuing in the church’s devotion to the Word of God and in its dedication to sharing God’s love with all people.

We use cookies to ensure that we give you the best experience on our website. If you continue to use this site we will assume that you are happy with it.Ok